South American nation Chile has emerged as a surprise success story when it comes to adding renewables. The country has nearly 22 per cent of its electricity demand met by solar and wind farms.

The country is an over-achiever, making impressive progress since 2008, the year Chilean Law set the Non-Conventional Renewable Energy Target to 10 per cent by 2024. The target was later revised to 20 per cent by 2025. According to the Chilean Association of Renewable Energies and Storage (ACERA), the percentage has already reached 31.1 per cent. In many ways, there are important lessons there for many other countries still struggling to put together a coherent renewable strategy.

Besides renewable energy, Chile also finds itself well placed to benefit from the increasing electrification of processes and industry, besides transportation. As one of the world’s largest producer and exporter of copper, the super-conductive metal that is integral to pretty much every electrical device and means of transportation that creates, uses, or moves electricity.

Will Hydrogen Contribute Toward Energy Transition Of India?
Also Read

In addition, Chile is also one of three South American nations – along with Bolivia and Argentina – whose borders intersect in the highly-elevated salt flats basins known as the lithium triangle, the world’s largest resource of brine-based lithium. Lithium is a crucial component of lithium-ion batteries which are the battery of choice for electric vehicles, and are currently dominant in the realm of providing storage backup for wind and solar power. 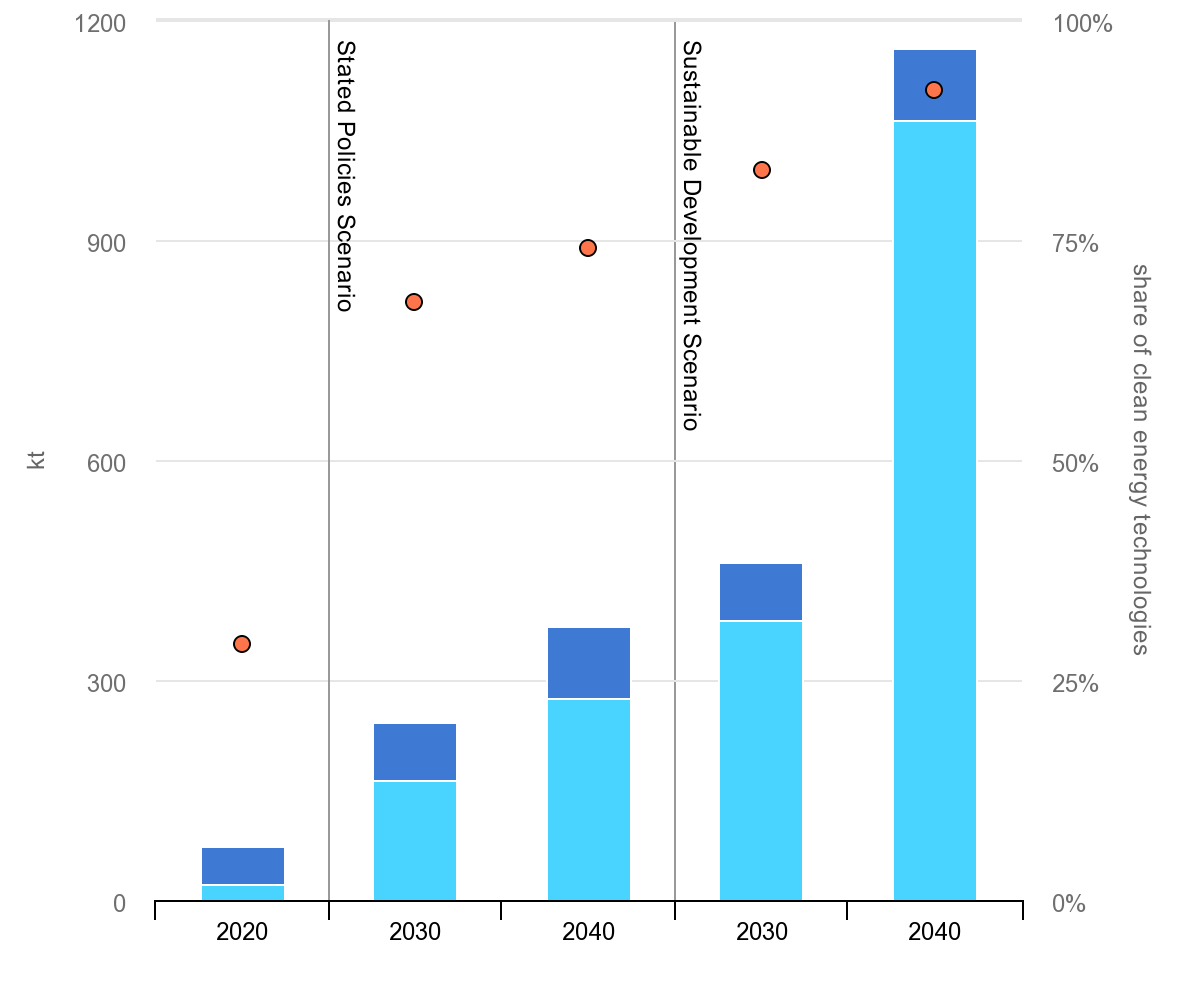 Copper and Lithium are the two critical minerals which the world needs in its transition to a clean energy future, and the demand for these minerals is projected to explode in the coming decades. The demand for Copper is expected to at least double by 2035, according to an S&P Global study. Similarly, lithium will see the fastest growth rate, with demand growing by over 40 times under IEA’s Sustainable Development Scenario (SDS).

Chile receives some of the strongest and most consistent sunshine on the planet, especially in the Atacama Desert, in the north. So it was natural for the country to seek investment in solar and wind projects through public auctions and quotas that required electricity companies to offer a minimum amount of renewable energy. Developers are building hundreds of solar, wind, and geothermal plants throughout the country, which stretches 4,300km (2,700 miles) from north to south. Some of the biggest projects in Chile generating renewables are as follows.

The 10,600 mirrors face skyward and follow the sun’s trajectory, reflecting and directing the radiation towards the receiver and converting it into energy. This area is significant for renewable as it has the highest level of solar incidence in the world and is also the site of Latin America’s first solar thermal plant. Chile is highly dependent on this plant as most of the country’s clean energy is generated here. Because of this power plant, Chile achieved one of its most ambitious environmental targets last year, four years ahead of schedule.

Cerro Dominador is situated around Chile’s large mining areas. This has also made it easier for the industry to shift to clean energy for operations, so much so that use of renewable energy consumption in the mining sector is projected to climb to 50 per cent by the end of this fiscal year.

El Romero Solar Farm is located around Vallenara (Huasco). A few years ago, the 247 MW solar farm was thought to be the biggest in Latin America. El Romero Solar Farm is spread in a 280-hectare site in the Atacama Desert and generates 493 GWh of renewable electricity yearly, providing 240,000 Chilean households. Acciona, a Spanish engineering business, built the power plant from the ground up. The electricity generation began years ago in November 2016.

The 375.42 MW capacity solar PV Park is being developed and currently owned by Enel Green Power del Sur. It is planned in Antofagasta, Chile, and currently remains under construction. On completion, it will be one of the biggest solar PV parks in the country, marking another chapter in Chile’s success story in renewables.

Sierra Gorda Enel Solar PV Park will be a ground-mounted solar project which is planned over 927.2 hectares. Further, the solar power project consists of 897,778 modules, each with a 450W nameplate capacity.

The park is located in the Atacama Desert and Antofagasta Region and will produce energy for the National Electric System. Enel Chile received authorization from the National Electric Coordinator to begin the commercial operation of its Sol de Lila solar power plant, which has an installed capacity of 161 MW.

The solar power park will generate approximately 500 GWh per year, avoiding emissions of over 365,000 tons of CO2 equivalent. Around 407,400 double-sided monocrystalline solar panels are installed in the park which is intended to supply energy to around 167,000 Chilean homes.

The Chilean government has set 2030 as the target to obtain 70 per cent of the country’s energy needs from renewables. Currently, this stands at about 33 per cent, and the country needs to add over 5,000 megawatts (MW) of renewable power per year between 2022 and 2025 to realise its goal. There are many projects in the pipeline – such as the Parque Terra Energía Renovable project, Parque Eólico Antofagasta, and Parque Eólico Wayra – which will help the country walk toward reducing its GHG emissions.