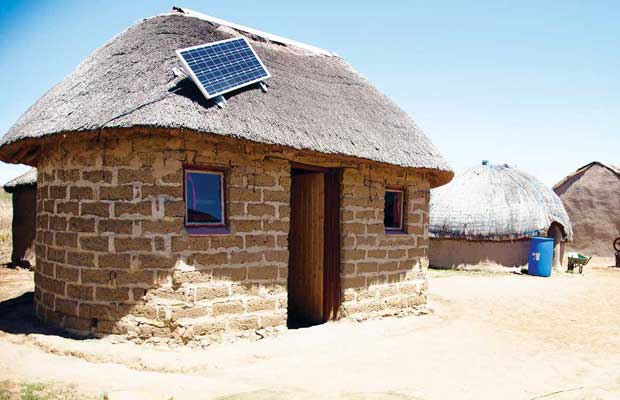 After India took over driver’s seat and successfully parks the car of International Solar Alliance (ISA) Summit in March this year, Asia’s third largest economy continued its rollercoaster ride in April too, and once again scripted history by hitting the target of electrifying all villages ahead of the deadline. In 2014, when Narendra Modi chaired as Prime Minister, the total rural electrification buzz gained momentum across the country and it became the linchpin of his plan, which included connecting nearly18,452 villages by May 2018.

India’s efforts towards rural electrification bore fruit when Leisang village in the Senapati district of Manipur became the last village to be connected to the national power grid. PM Modi termed it as a historic moment and said, “28th April 2018 will be remembered as a historic day in the development journey of India. Yesterday, we fulfilled a commitment due to which the lives of several Indians will be transformed forever! I am delighted that every single village of India now has access to electricity.” “Leisang village in Manipur, like the thousands of other villages across India has been powered and empowered!” he added.

For the social and economic development of any country, access to affordable power at every nook and corner is a mandatory condition. As per the government records, till now, the total number of rural households in the country stood at 17,99,40,284, and household electrification level in rural areas is more than 82 percent ranging from 47 to 100 percent across various states.

There are a total of 14,84,10,515 rural houses in the country who have electricity connection and it constitutes around 82 percent, including states having 100 percent household electrification namely – Goa, Kerala, Gujarat, Andhra Pradesh and Tamil Nadu. While, Jharkhand being the state having least i.e. 47.74 percent of household electrification.

India’s efforts towards achieving the Sustainable Development Goals (SDGs) are also backed by the autonomous agency The International Energy Agency (IEA) as it also said in its report that access to electricity is accelerating due to strong policy commitments in India. Here’re a few policy initiatives taken by India towards SDGs:

The Government of India has launched the scheme called Deen Dayal Upadhyaya Gram Jyoti Yojana for rural electrification in recent years. The erstwhile earlier scheme Rajiv Gandhi Grameen Vidyutikaran Yojana (RGGVY) for village electrification and providing electricity distribution infrastructure in the rural areas has been subsumed in the DDUGJY scheme. Rural Electrification Corporation is the nodal agency which implements DDUGJY.

The scheme aimed to provide 24×7 power to rural households and adequate power to agricultural consumers. It involved feeder separation, strengthening of sub-transmission and distribution network, metering at all levels, village electrification, and setting up of micro grid and off grid distribution network.

The feeder separation helps in stem the load shedding practice of distribution utilities and is expected to bring benefits such as improved agriculture yield and socio-economic development of the rural areas.

Taking the electrification mission to a step further from villages to households, Pradhan Mantri Sahaj Bijli Har Ghar Yojana – Saubhagya scheme was launched by the government on September 25, 2017, aimed at providing electricity to all willing rural & urban households through last mile connectivity and to empower the citizens of the nation.

Saubhagya is universal in character, connecting both above poverty line and urban consumers. As per the scheme, free electricity connections to all households (both APL and poor families) in rural areas and poor families in urban areas will be provided. There are around 4 crore un-electrified households in India, the seventh largest economy, and the government is targeting to provide electricity connections to every nook and corner by December 2018.

It also provides Solar Photovoltaic (SPV) based standalone system for un-electrified households located in remote and inaccessible villages/ habitations, where grid extension is not feasible or cost effective.

Saubhagya, which will cost Rs 16,320 crore, doesn’t add new subsidies to reduce monthly electricity bills, instead of it provides a free connection to any household identified as deprived in the 2011 socio-economic and caste census. While, all other households can have a connection at a heavily subsidised rate of Rs 500, and this cost can be paid in 10 installments of Rs 50.

Besides, the scheme will also help in meeting the country’s global climate change commitments as clean energy will replace kerosene for lighting. It will also boost education, health, and connectivity apart from increased economic activities and job creation.

Inspite of already prevailing schemes like DDUGJY and Saubhagya, the government is also mulling to formulate a Rs 50,000 crore scheme namely ‘Kisan Urja Suraksha evam Utthaan Mahabhiyan (KUSUM)’ to promote the use of solar power among farmers.

It will provide support for installation of grid-connected solar power plants each of capacity up to 2 MW in the rural areas.

The proposed scheme will also promote installation of standalone off-grid solar water pumps to fulfill irrigation needs of farmers not connected to the grid.

Further, it will also support solarization of existing grid-connected agriculture pumps to make farmers independent of grid supply and also enable them to sell surplus solar power generated to discoms and get extra income.

Moreover, it will also help in solarization of tube-wells and lift irrigation projects of government sector.

In India, access to electricity causes expansion of micro-enterprises that created new employment generation and income opportunities for the rural populace. As per the IEA, in India food production has jumped by around 35 percent since 2000, in part because of the introduction of more modern farming techniques, including the use of electric pumps for irrigation from groundwater sources. Here’re a few other significant milestones that India hit on the back of rural electrification:

India hits the target to electrify all villages ahead of the deadline set by the Prime Minister Narendra Modi.

On April 28, 2018, Leisang village in the Senapati district of Manipur became the last village to be brought on the national power grid. Ghaziabad was declared as the first district in Uttar Pradesh to have achieved 100 per cent household electrification.

Under the Solar Study Lamp Scheme, Government of India has been providing light to seven million school going children.

Giving a further fillip to the government’s mission of bringing electricity to every household and to empower the rural youth, government to train around 47,000 distribution lineman-multi skills and 8,500 technical helpers to meet the requirement of power sector.

After providing initial free connections under Saubhagya, the government has also proposed less-costly pre-paid meters to households. It will work just like the pre-paid SIM cards.

Moreover, the government is providing support to states that would get soft loans to achieve 100 per cent target of household electrification.

Despite so many initiatives taken by the government, supplying electricity at an affordable cost still remains a big challenge. Also, the new milestone set by the government for providing electricity to every household in the country by December 31, 2018 seems to be a bit difficult as the government data showed that the no. of unelectrified rural households still remained at 3,13,61,705, with highest no. of unelectrified houses i.e. 1,33,23,839 alone in the state of Uttar Pradesh.

However, a silent socio-economic transformation has been witnessed in rural India over the last decade mainly on account of sharp fall in the no. of unelectrified households. But here’re some financial and logistical challenges which needs to be tackled:

Policies implemented globally for universal energy access are bearing fruit as the IEA’s analysis reveals that the rate of new annual connections to electricity gain momentum over the past 5 years. The International Energy Agency (IEA) is an autonomous agency within the framework of the Organisation for the Economic Cooperation and Development (OECD), which works to ensure reliable, affordable and clean energy for its 30 member countries and beyond.

IEA’s projections in base case reflects that the policies are in place as well as its assessment of the impact of new announcements and targets show that several countries are on track to reach electricity for all by 2030.

The agency’s analysis on India displayed that, half a billion people have gained access to electricity since 2000, with electricity now reaching 82 percent of the population, jumped from 43 percent in 2000.

Adding to it, the autonomous body forecasted that, if this pace is maintained, India will achieve universal access in the early 2020s, with renewables accounting for about 60 percent of those who gain access, and achieve one of the largest successes in the history of electrification.

Globally, the no. of people without access to electricity dropped to 1.1 billion in 2016 as compared to 1.7 billion in 2000. It is on track to decline to 674 million by 2030, with India reaching universal access well before then, it said.

Backing India’s efforts, the IEA forecasted that, in Asian developing countries, the electrification rate increases from 89 percent in 2016 to 99 percent in 2030, bringing the population without access down from about 439 million in 2016 to 54 million in 2030. This achievement is largely the result of India’s tremendous electrification effort, which sees 250 million people gain electricity access between now and the early 2020s, when it reaches full access.

Although, Asia’s third largest economy has fulfilled its commitment by electrifying all villages ahead of the deadline and now it marches ahead on the road of universal electricity access which is still filled with hiccups and challenges. India’s next target is to provide electricity connections to every home. It’s success relies significantly on helping people apply for these connections.

The rural electrification success should not only be judged on the back of connections provided, but also on provisions for cheaper, reliable and quality power supply during peak time.

Besides, there is a need to explore rural electrification role in promoting gender equality, as currently, the country is eyeing on the achievement of SDGs, thus, a number of women-centric energy access programmes will contribute more effectively in targeting various SDGs.

Further, there is a need to buck up state governments to revive the financial health of their discoms. Additionally, theft via illegal power supply tapping, tampering with meters or failing to pay the electricity bills is also being targeted.

Thus, achieving universal power access is of vital significance for the development of any country’s human capital such as wider use of energy technologies will help in improving irrigation and water pumping methods, generating employment and improving conditions for study, work and leisure. It also provides support in modern health services along with better educational services.

Now, it should be eagerly watched! How fast India will take-over from all the hurdles to successfully cross the road in order to see the smile on millions of faces by bringing them out from darkness to light!