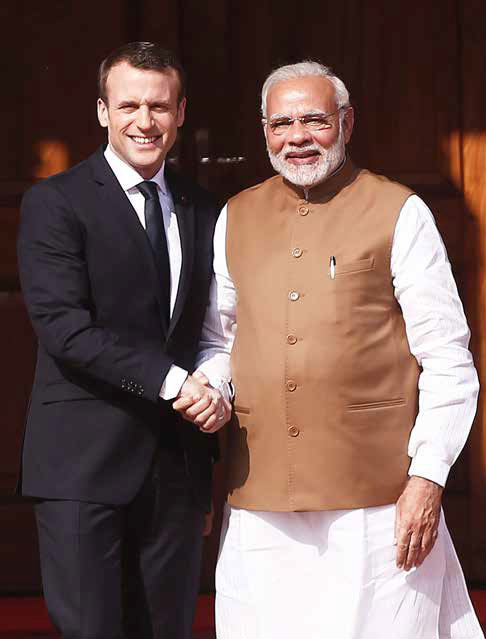 Indian solar sector witnesses sharp momentum in the past four years under the leadership of Prime Minister Narendra Modi. In 2014, when he took office, India had 3 GW of solar power, which now turned to nearly seven-times of that, or 20 GW, by the end of FY18.

India’s efforts towards solar sector came into limelight when the seeds of International Solar Alliance (ISA) was sown at the UN Climate Change Conference (COP-21) in Paris on November 30, 2015 by the PM Modi and the then President of France Francois Hollande. Now after a heady journey, the green shoots of that seed have sprouted and the young sapling of ISA celebrated its founding day on March 11, 2018. In only 2-years, it transitioned from a high-profile announcement at the COP21 summit in Paris to an inter-governmental organization under the UN charter. Amidst the presence of French President Emmanuel Macron and PM Modi, the first summit of ISA congregated other notable personalities including 21 Heads of State and Heads of Government, 6 Vice Presidents and Deputy Prime Ministers, 19 Ministers as Heads of Delegation and many other ministers who were accompanied by the Heads of State and Heads of Government.

ISA is the first international inter-governmental treaty based organization that will have a secretariat in India. It provides a common platform for cooperation among sunny nations lying fully or partially between the Tropic of Cancer and Capricorn seeking to massively ramp up solar energy, in order to bend the global greenhouse emissions curve by providing clean and cheap energy. The primary objective of the inter-governmental organization is to undertake joint efforts required to reduce the cost of finance & technology. It aims to mobilize more than USD 1 trillion of investments needed by 2030 for massive deployment of solar energy, and pave the way for future technologies adapted to the needs of 121 prospective member countries.

Now, the International Solar Alliance must deliver on its promise.

Key developments on the back of ISA Summit

On its maiden founding ceremony, ISA not just brought the prominent leaders and head of states but clearly beguiled a new dialogue in which dozens of eminent dignitaries of various countries shared their vantage on a sustainable green ecosystem slating the future of mankind and its fate.

During the founding conference, Modi, who is the chief architect of ISA, presented the ten-point action plan which includes affordable solar technology available to all nations, increasing the share of electricity produced from PV cells, framing standards & regulations, providing consultancy support for bankable solar projects and also creating a network of centre for excellence.

Dozens of Memorandum of Understandings (MoUs) were inked at the Indo-French Economic Partnership signing ceremony on the occasion of the state visit of Macron to India.

In the new & renewable energy sector, Indian solar manufacturer Vikram Solar has signed a collaboration pact with the French Alternative Energies and Atomic Energy Commission (CEA). The deal was signed to enhance Research and Developments (R&D) on high efficiency crystalline silicon cells, modules, systems and a host of high efficiency generation and storage technologies for French and Indian markets. Another major deal was signing of MoU between Tata Power Delhi Distribution Ltd (TPDDL) and Électricité de France (EDF) along with its wholly-owned subsidiary Enedis to explore prospective opportunities together, related to ‘Smart Grid Technology’ in India. In other significant development, Indian firm Topaz Solar signed a MoU with French firm Appolon Solar SAS for providing 2 lines of production for high quality solar panels, to set up a panel Giga factory in Odisha.

A few other contracts signed were, between the French company Ciel & Terre on the one hand and AM Holdings and Green AM on the other hand – for the installation of the first floating solar plant in Tamil Nadu with capacity of 28 MW; Another MoU was signed for cooperation between two industrial federations in smart grids: Think Smart Grid, for France and ISGF (Indian Smart Grid Forum).

Some other agreements that were formalized include, renewal of the contract between EDF EN and Bharat Light & Power on data acquisition to optimize wind and solar production; and an MoU on electric mobility between EdF International Networks, Citelum, G2M and Solstyce, four French company who intend to work together to develop e-vehicle charging infrastructure in India. Besides, another MoU was signed between National Institute of Solar Energy (NISE), Ministry of New & Renewable Energy (MNRE) and the National Solar Energy Institute (INES), France. With this agreement, both the countries shall work on projects in ISA member countries in the areas of solar energy (solar PV, storage technologies, etc.) through transfer of technology and collaborative activities.

European Investment Bank (EIB) and Indian Renewable Energy Development Agency (IREDA) signed a loan pact for a second line of credit (LoC) of Euro 150 million on non-sovereign basis. The LoC is for a period of 15 years including 3 years grace period. It will be used for financing Renewable Energy and Energy Efficiency projects in India. Over 1.1 million households likely to benefit from clean energy produced with these funds.

The goal of ISA is to deploy 1 TW of solar energy by 2030 for which it need USD 1 trillion out of which USD 500 billion likely to come from private sector.

The AfDb’s new deal on energy for Africa aims to achieve universal access to energy in Africa by 2025. AfDb together with the ISA would like to work on mobilization of concessional financing via existing, notably the bank’s sustainable energy fund for Africa and the facility for energy inclusion.

Further, ISA and ADB have joined hands for promotion of solar energy in Asia and the Pacific, including solar power generation, solar based mini-grids, and transmission systems dedicated for integrating solar energy into the grids and any other future programs launched by ISA.

Additionally, AIIB and ISA joined hands for promotion of solar energy in prospective ISA member countries where AIIB operates. Moreover, ISA and GCF promote the development of affordable, reliable and sustainable solar energy as an important way towards a sustainable and inclusive economic growth.

The International Renewable Energy Agency (IRENA) and ISA signed a joint declaration during the ISA’s founding conference to deepen the cooperation between the two organisations to pick up solar energy deployment.

The motive behind the agreements is to deepen their cooperation in support of renewable energy. 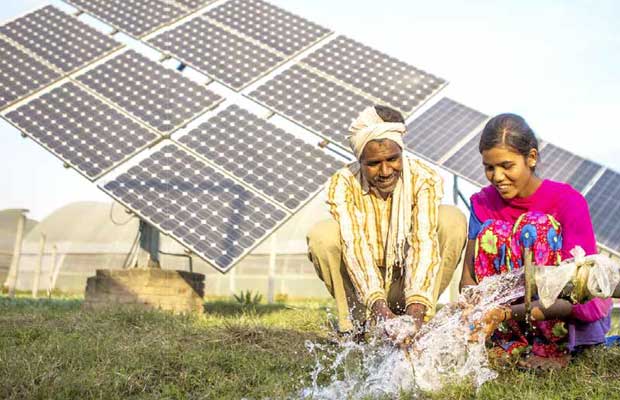 Adding another feather in the ISA’s cap, the IEA’s analysis reveals that the vision of ISA to mobilize more than USD 1 trillion of investment by 2030 for the deployment of solar energy at affordable costs is ambitious yet achievable.

The International Energy Agency (IEA) is an autonomous agency within the framework of the Organisation for the Economic Cooperation and Development (OECD), which works to ensure reliable, affordable and clean energy for its 30 member countries and beyond.

The market forecast of the IEA shows that if all eligible countries join the Alliance, then the cumulative installed solar capacity in ISA countries could surpass 700 GW by 2022, which is more than 80 percent of the global solar capacity by that time, and almost double current capacity. This achievement would be a critical step in aligning global solar deployment with the IEA’s Sustainable Development Scenario (SDS) targets.

The agency opined that, the ISA can specifically play a significant role in further accelerating deployment and reducing costs of solar in developing economies, where investment risks remain one of the main barriers. Moreover, ISA can be crucial in accelerating energy access, with potential positive impacts improving the quality of life of hundreds of millions of people.

Although, ISA has enough potential to create huge impact on the future of our planet ‘Earth’ while solar energy too has a bright future. But the effects of global warming were also evident with every successful year.

In order to achieve targeted goals, India and the ISA have to cross a long road ahead which is filled with hiccups and challenges. Some of the prevailing concerns are about whether the sunshine club can transform from an idea, to a truly international cooperative body which gives birth to real action and change. Also, a dedicated focus with deadlines and milestones is required to make it possible to measure its progress.

According to the industry estimates, India alone needs some USD 83 billion between FY2018 and FY2022 to meet its 175 GW target of renewable energy. In a move to increase the portion of solar power in the energy bucket, provide cheaper electricity and cut carbon emissions, concessional financing and less-risky funds will be required for solar projects.

Now, our green future depends on our willingness how and what we can do in order to achieve our goals. In this scenario the words of Mahatma Gandhi will be evident, he rightly said that, ‘The difference between what we do and what we are capable of doing would suffice to solve most of the world’s problems’.