CRISIL Report on REturn to Uncertainty 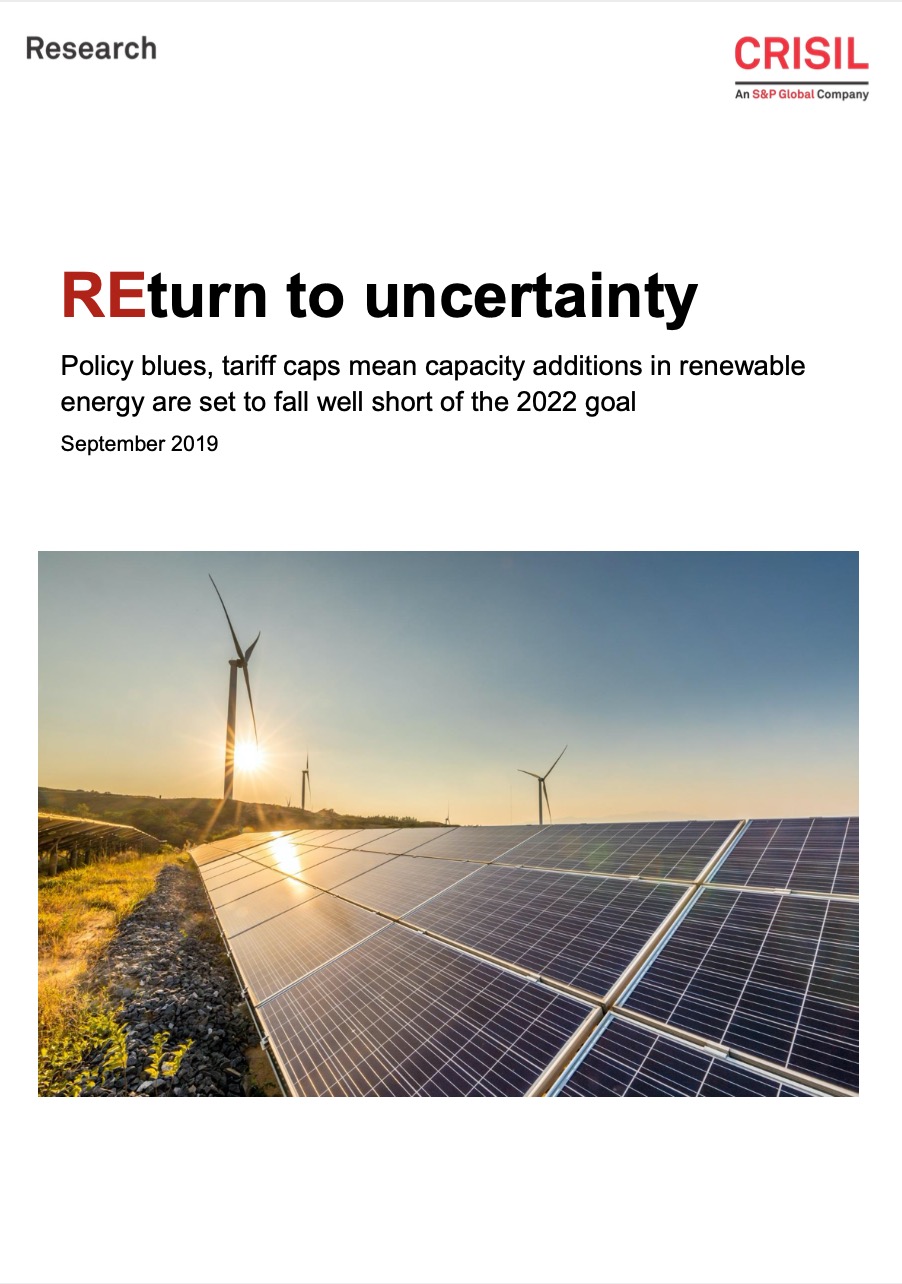 India’s installed capacity in renewable energy (RE) could increase by just 40 GW to 104 GW by fiscal 2022 from 64.4 GW in fiscal 2019, because of enduring policy uncertainty and tariff glitches. That would be a good 42 percent short of the government’s target of 175 GW. The sector has witnessed a material waning of developer interest last fiscal. A sizeable 26% of the 64 GW of projects that were auctioned by the Centre and states received no or lukewarm bids and another 31% faced delays in allocation after being tendered.
Thus, despite the increase in tendering volume, not only has an allocation of projects slowed down but both under subscriptions and cancellations of awarded tenders have also increased. As a result, the ratio of auctioned or awarded projects to tendered projects plunged to 34% in fiscal 2019 from 77% over fiscals 2015-16 and 2016- 2017 (cumulative).