As Indian Government has laid the ground work for safeguarding the ‘domestic solar photovoltaic module manufacturing industry’ – which seems to be in the back burner for some time. Despite of certain concerns such as safeguarding the interests of manufacturers in SEZs, everybody is waiting, by holding their breath, for the upcoming decision of the Orissa High Court on September 19, 2018 on petition filed against the levy of safeguard duty on imports of solar equipments for two years. 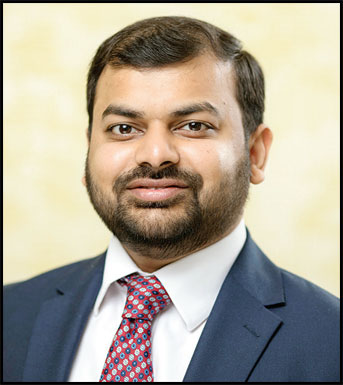 In present scenario, where technology changes frequently, in your view will domestic manufacturers manage to catch-up?

In the solar industry, it is not just the way electricity produced is changing but the manufacturing technology is also changing rapidly. This has created a lot of confusion for the domestic manufacturers. However, in the past, manufacturers have taken a leap of faith and put resources behind certain technologies. They have been able to catch-up till now, and they will remain competitive as long as they can adapt to the changes.

In next five years, what kind of opportunities you see in the domestic solar market?

In terms of quality of solar equipments, on which products do you feel developers will rely upon most – domestic or imported?

It does not matter much. While having a domestic manufacturer adds to the security of supply and partially shields from currency risks, the purchase decisions are mostly dependent on soundness of technology, its pricing and the ability of the supplier to stand behind the product warranties and performance guarantees. Already several global companies across the renewable value chain have set shops in India and the domestic companies are tying up with foreign technology providers.

In present scenario where technology changes frequently, how do you manage to upgrade your technology?

Every day changing technology in solar is a sure thing as the industry is still in the growth stage. It definitely brings challenges, but is also exciting at the same time. The recent introduction and popularity of 1500V, BiFacial, Mono PERC and twin peak modules have posed challenges to be able to manufacture them and offer it to the clients. Luckily, we already have machines which are compatible to make all these kinds of solar modules. With expansion already planned, we have incorporated all these and even more such advancements in technology to make sure we are always able to offer best products to our clients.

Industry has optimized mostly poly crystalline technology, other technologies are unable to compete on price front. If we talk about specific technology PERC (Passivated Emitter and Rear Cell) differs from the standard cell architecture. The main advantage of the PERC cell structure is that it enables manufacturers to achieve higher efficiencies than with standard solar cells which are reaching their physical limits, though technology evocation is way back to 1980s which is just popping up as conceivable technical element for energy generation is still susceptive to LID, Due to the higher doping levels commonly applied in PERC cells, the negative effect due to LID is increased with PERC technology compared to standard cells.

PERC and Bifacial or as matter of fact other technologies has very little scope in domicile applications which are majorly for power generation and subsidy driven rooftop & solar pumps, obviously IPPs mostly has vested interest in standard solar cell architecture that has been in use since last 3 decades and with bottom price tag matching to present FiT and pay backs, other rampant applications need to be incentivized by policies.

Topsun is concerned about the market perspective and we are focussing more on applications front, such as glass to glass modules with different variants not only as a mere power generation but also as a multi functional element for Building architecture, few more on gyration at present conceptual level, right time we will showcase.

We designed and choose our manufacturing line precisely to be capable of producing all latest design of modules. Line is capable of up-gradation of any future technology with very little modification also. So basically we can say we choose our line by keeping all future up-gradation in mind. Moreover, we are tied up with some research organisations for continuous improvement in technology. So we are coming with all our homework done.

On which technology currently you are working on to dig into the Indian Market?

Technological expertise has been REC’s forte for long, and in the Indian market too we have been successful owing to this. As a major Rooftop Player in the industry our focus in on creating higher efficiency and better performance. The REC TwinPeak Series is already a much-loved brand name is now in its second generation and customers appreciate its innovative Twin design and half-cut PERC cell technology. REC earned Top Performer status for the third time in a row by DNV-GL for its award winning TwinPeak series in all test categories: Potential induced degradation (PID) tests, Thermal cycling tests, Damp heat tests, Dynamic mechanical load tests. Apart from this, REC just launched N-Peak, the world’s first n-Type Mono Solar Panel with Twin Design and has invested immensely in upgrading its lines and has completed transition to diamond wire slicing and new texturizing methods. We are also the leading sustainable manufacturer by pioneering in “Silicone Kerf Recycling” process, the already low carbon footprint of REC’s silicon and solar panels will even further improve.

While dealing with project owners how do you manage the cost factor?

Every project owner is essentially looking at two things: the upfront cost or the capital cost and the LCOE over the years. REC is competitive on both the fronts, we are competitive in pricing while offering best temperature coefficient, industry leading low warranty claims, half-cut PERC cells for the TwinPeak series which is our bestselling product. Our consistency high- performing systems, certified by third-party and unbeatable degradation numbers in Indian context also ensure that our customers have a clear-cut advantage on LCOE over others. No wonder, we have an enviable 85% customer retention rate for Indian customers!

Apart from this, we have been consistent in reducing our operational costs per watt over the last six years – achieving a 50% cost decline. While most peers struggled to bring down cost during 2017 due to higher input prices especially in H2 2017 (i.e. polysilicon), REC managed a cost reduction of ~15%, thanks to its continuous efforts to invest in new technology and achieving efficiency gains.

We have supplied modules to numerous project owners & dealing with the top most developers of India. Due to bid over bid declining tariffs, Central and state governments are reconsidering their procurement policies leading to postponement of some tenders. We believe that this short-term hush will lead to a fierce competition in H2-2018 too.

Our USP for this price driven market is nothing but to provide technically advance product on fair price backed up with highly trained sales and technical support team. We believe in 100% customer satisfaction and each customer is equal to us when comes to support.

The cost factor has two vectors one is large scale project owners and incentivized project for other applications. I personally left first facet after addressing the Indian first MW scale project. As Topsun family we are most focussed on bidding Government projects, developing our associates dispensing with multi tool support as per the requirement to win the regional based projects to aid to our cost factor.

We always believe in value for money and are able to make most of our clients understand this. It’s not the cost, the costing matters the most. We adopted the way to educate our client on the value addition we can do with our engineering and committed quality. So once the client understands the return on his investment and has assurity on the sustainability of the project, our job is done.

If safeguard duty be implemented in India, how it will affect the cost to you?

There is no final decision yet, so it’s still unclear what will be the actual repercussions of this. However, in general duties are increasing costs for end users in an artificial way. If the government’s intention is to support the domestic industry, a two-year period is potentially not enough to incentivize the local manufacturing and India could miss the national solar capacity targets. On top of it, the draft has clearly penalized high technology and efficiency by including the developed nations in its preview, which is saying that all imports are bad, and there is no motivation for supporting quality products!

The matter is still under discussion in the court so any comment won’t be appropriate till there will be a firm stand on this point. The safeguard duty is both a boon and a bane for the solar value chain.

We have some alternate plans in case duty will be implemented over the cells/modules.

The safeguard duty on imported cells will be an additional cost to us, which shall increase the cost of indigenous solar panels by approx. 10-12%.

Implementation is behind schedule, when NSM was initiated, thought would have been evoked now it is desolate, industry has suffered impairment no ancillary industry is grown up like module mushrooms paving way for murky competition. As far as your question is concerned it is an overall effect to one and all but evidently doesn’t stop foray of foreign fleck which is evidenced by EU even till date unable to recoup.

Surely it will affect almost everyone in short run. But we can sense an opportunity for the Indian industry to be self sustainable and to be competitive in long run.

Currently, on which projects you are working on?

We have a strong pipeline of 350 – 400MW which will be implemented by Q1, 2019. We are also working on some long term plans with some of the aggressive IPPs & developers to explore the opportunities together.

We are working on several project shipments with few clients which include both regional EPCs and national level developers and IPPs. Apart from this, we are also working on an export shipment for one of our clients.

As mentioned previously our main stream is government & semi government projects. Currently we are executing projects of few SNAs, Varanasi Airport and Petronet projects and few other exports.

We are currently working on a 25MW ground mounted solar PV project in Istanbul, Turkey.

Currently, which segments are you focusing on in the Indian Market.

During last couple of years, rooftops have become the mainstay in our business for the Indian side and with this segment witnessing the steepest growth, our strategic approach has helped us leverage best. A total of over 50MW has been supplied so far this year into the C&I segment, which is over 50% growth rate compared to last year. The growth spur has sustained even with the continued ambiguity in the market and the BIS challenge in recent months. It clearly points to a sustained demand from this category of customers, who are aware of the quality products and value performance over price, which is quite a shift and we are eager to cater to this growing segment in future as well.