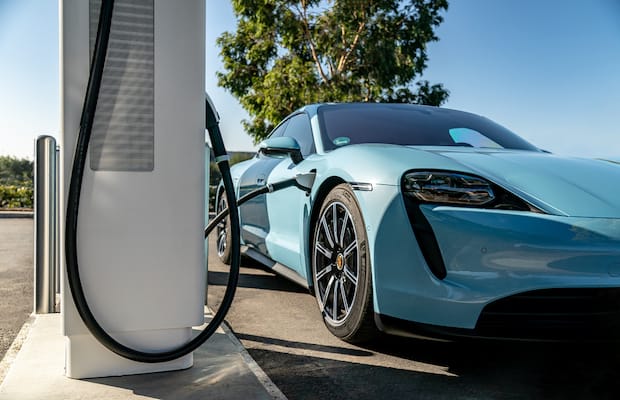 Porsche Cars Canada (PCL) has announced an agreement with Electrify Canada to provide the first all-electric Porsche, the Taycan, with three years of inclusive charging at Electrify Canada public charging stations across the country.

Electrify Canada highway and metro stations, and many Porsche dealers will offer DC fast charging at levels of power up to 350 kilowatts. The Taycan’s maximum charging power (peak) is 270 kW. Using 800-volt technology and the combined charging system (CCS) plug, it will be able to recharge from five to 80 percent SoC (state of charge) in 22.5 minutes – the fastest in today’s automotive market.

“Every Porsche is a sports car with soul, and the Taycan’s soul is electrified,” said Marc Ouayoun, President and CEO of PCL. “The burgeoning Electrify Canada charging network will allow future owners of the first all-electric Porsche to free themselves from range anxiety making their drive on some of Canada’s most iconic roads even more rewarding.”

The Taycan customers will receive three years of complimentary 30-minute charging at Electrify Canada locations, subject to certain terms and conditions. The nationwide ultra-fast charging network will see the opening of 32 stations through 2020. These will be spaced along multiple routes on or near key highways and in major metro areas in British Columbia, Alberta, Ontario, and Quebec. Each location will have an average of four charging dispensers with a minimum of one 350 kW charger per site, with additional chargers delivering up to 150 kW.

Earlier at the launch of the Taycan range of electric vehicles, the German manufacturer had estimated investment in the range of 6.6 billion dollars in its electric mobility venture by 2022.